ESSC has welcomed outcomes from the recent ESA Ministerial Council meeting that took place in Lucern, Switzerland on 1-2 December 2016.  During the Ministerial Council, an overall budget of €10.3 billion was agreed by Member States of the European Space Agency for ESA programmes from 2017-2021.

In its statement, the ESSC expresses strong appreciation for the future vision and extensive commitment demonstrated in the overall ESA strategy (‘Towards Space 4.0 for a United Space in Europe’), as outlined by ESA Director General Jan Wörner.

This far-sighted new strategy will promote a united and collaborative spirit across Europe which will foster European identity, energy and cohesion around the achievement of excellence in space sciences and technology. It also sets the scene for improved coordination between ESA and the European Union institutions, a position long advocated by the ESSC.

ESSC also welcomes the ESA Member States full subscription to the ExoMars programme which will allow for the continuing operation of the current Trace Gas Orbiter mission and the completion of the 2020 mission. This will undoubtedly produce new and exciting scientific findings which will be of long-term benefit to our overall understanding of the environment, atmosphere and geology of Mars.

While welcoming the broad thrust of the ESA’s Space 4.0 Vision, the ESSC expressed concern that decisions made on the Mandatory Science Programme budget will not allow for inflation compensation between 2017 and 2021, resulting in a loss in purchasing power over the period.

ESSC also said that the fifth phase of the Earth Observation Envelope Programme has been undersubscribed by approximately 18%. The Committee is very concerned at the potential impact of this undersubscription on the coherence and stability of the Earth Explorer programme.

The ESSC welcomed the International Space Station (ISS) extension to 2024 and the decision to support two long-duration ESA astronaut missions as proposed in the European Exploration Envelope Programme (E3P). However, although the ISS exploitation part of the programme was almost fully supported, the ESSC strongly regrets that the E3P core scientific element (Science in Space Environment – SciSpacE) is undersubscribed by almost 50%. The resulting level of resource is therefore significantly lower than that of the previous phase.

ESSC Chair, Dr Athena Coustenis welcomed the overall high level of subscription to ESA programmes: “This is an acknowledgement of ESA Member States’ interest and willingness to invest in space science, technology and infrastructure. I urge Member States to recognise space sciences not as a cost but as a high-return investment with broad and exciting potential for European citizens and the economy.”

The ESSC was represented in the Ministerial Council by its Chair, Dr Athena Coustenis, and its Executive Scientific Secretary, Mr Nicolas Walter. The CEO of the European Science Foundation, the hosting organisation for the ESSC, Dr. Jean-Claude Worms, also attended.

The full statement can be downloaded here. 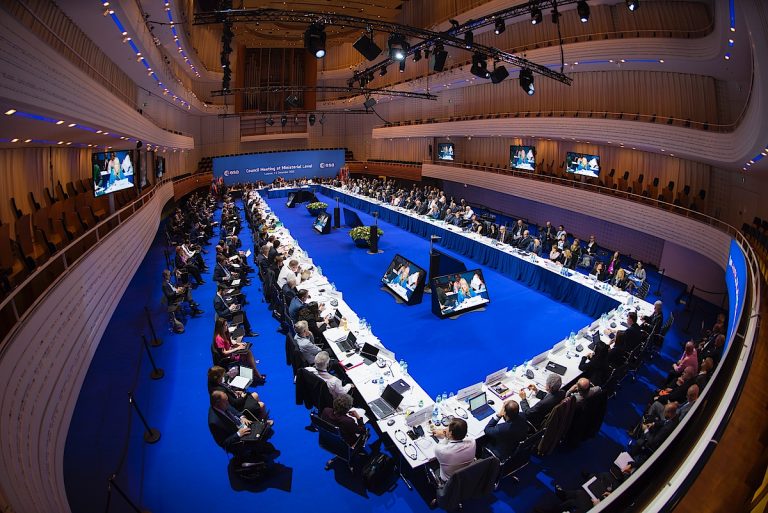