A Climate of Folly 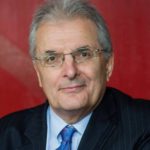 In her book ’The March of Folly’, the US historian Barbara Tuchman defines Folly as ‘The pursuit of a policy contrary to the self-interest of the constituency or state involved’. She adds that to qualify, the policy adopted must meet three criteria: Firstly ‘It must have been perceived as counter-productive in its own time, not merely by hindsight’. Secondly ‘A feasible alternative course of action must have been available’. And thirdly ’The policy in question should be that of a group, not an individual ruler, and should persist beyond any one political lifetime’. By these criteria the global societal response to the Climate Crisis is evidently Folly – arguably the grandest example of all time. With this in mind, the latest World Meteorological Organisation’s ‘State of the Global Climate 2020’ report falls rather flat.

Here we go again – twenty-eight editions since the annual exercise began, the message is the same, yet incrementally worse: more floods, fires, heatwaves, storms, melting ice, and natural and human impacts. Especially worrisome is that, despite the societal impact of COVID, the signals – atmospheric greenhouse concentrations, ocean heat content, decadal temperature, number and strength of North Atlantic hurricanes – have continued to rise, and in some cases to accelerate. The global mean temperature increase since pre-industrial times now lies in the range 1.15-1.28oC, placing at risk the 1.5oC Paris guard-rail. The bottom line? – the way we have organised and are running human affairs is destabilising the climate system, with predictable and increasingly dire consequences. The issue is not of science but of politics. So what would an annual ’State of the Politics of Global Climate look like? It would surely be the archetypical catalogue of Folly. Simples. So what to do? What precautions and safeguards are available to root out the individuals in power who perpetrate Folly? Plato suggested that the ruling class in a just society should be ‘drawn from the rational and wise’, characteristics hard to pin down precisely in a job description, but ‘you know them when you see them’. Instead history and current affairs reveal the tendency of positions of power to become occupied by individuals and groups least fitted for the task – by nature, motivation, ideology or competence.

Without society finding a mechanism to eject those who have shown themselves inappropriately ‘apprenticed to the art’, we can expect next years’ WMO State of the Climate Report, and those of subsequent years, to read much the same as the current one – but worse. Actions drive beliefs, and beliefs motivate progress. It’s time for a concerted Action to rise up and fix politics. Managing the Climate Crisis will follow.